There is always movement, even in stillness. The moment in between the transformations that we perceive. These art works explore the relationship between art and science, and the relation between nature, perception and ecology. Inspired by mystic and scientific approaches, they invite us on a journey though techniques like microscopic filming, and highlighting critical transitions and exploring a scientific expedition of discovery. Some present destruction others the beginning of life, and the in-between space where the oppositional forces meet, forms beauty. 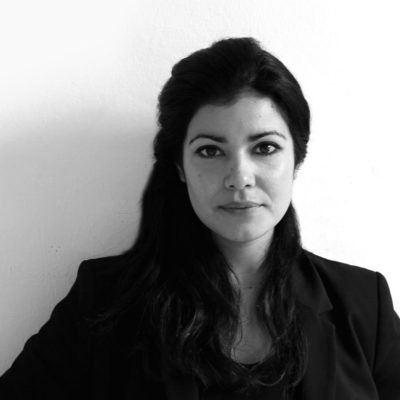 Director and founder of Art Republic, a platform dedicated to digital art and public space. Her work explores new curatorial approaches towards expanded borders of cinematic experiences and the audio-visual: the origin and vision behind the ongoing Screen City Biennial, which she founded in 2013. This approach has also fueled her work on projects concerning urban screens and online streaming platforms for video art and animation, aiming to pave new waves for the distribution and dissemination of the moving image to the public. She is a curatorial advisor for several organizations, galleries and fairs. Arriado is a member of PNEK – Production Network for Electronic Arts, Norway, and The Norwegian Association of Curators. Based in Berlin.

In the video Coral, we are captivated as viewers by what can best be described as a moving abstract painting with allusions to both traditional romantic, atmospheric paintings and chemical processes. With seductive imagery in a meditative pace, we are faced with cascades of colours that slowly appear to assume the shape of organic forms such as plants, smoke, clouds, explosions or, as the title suggests, corals.

Paintings in motion
Inspired by science and our experience of forms in nature, Tone Bjordam has for many years been working with video and photography projects visualising the movement and progression of liquid colour in fluids and unfolding organic forms.
She stages controlled, yet playful experiments and creates imaginary landscapes and paintings in motion. She started using this technique as a student at the Art Academy in Oslo (2001-2007). Her first exhibited video with this technique was Liquid Landscape in 2005. A dark and gloomy landscape appears from the horizon and a cloudy weather system seems to build up around it. From there she moved on to make big format photographs of different liquids and in 2009, she made a video entitled Coral. In contrast to the dark, black and white, Liquid Landscape, Coral is bright and colourful. Coral won the People’s Choice Award in all of the Carnegie Art Award exhibitions in 2010 in Denmark, Iceland, Finland, Sweden and Norway. 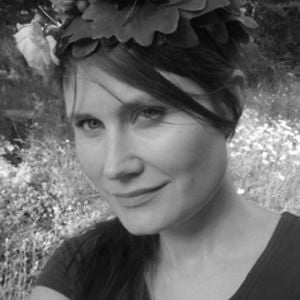 Microscope time-lapse: sugar crystalizing out of solution. Appreciation of the crystallization process as a beautiful quantum phenomenon.

Photographer, inventor, and scientist, Dr Gary Greenberg has devoted his life to revealing the secret beauty of nature. Beginning his career as photographer and filmmaker, he worked on the first Superman film where he transformed human pancreatic cancer cells into the planet Kyrpton. After earning a Ph.D. in biomedical research, he went on to invent high-definition, three-dimensional light microscopes, for which he was issued eighteen US patents. 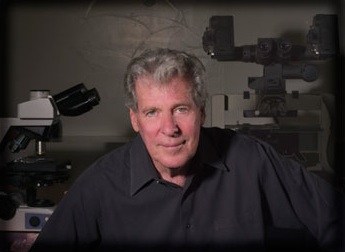 Gary Greenberg graduated from UCLA in 1966 with a Bachelor of Arts in psychology and a minor in art. After graduating, he became a photographer and filmmaker. In 1970, he became a partner and president of Environmental Communications and managed its catalog business for six years. He rebuilt a GMC Motorhome into the EC Media Van, complete with a sunroof that became the platform from where he, Roger Webster, and other EC collaborators documented the urban and rural environments during EC’s many photo safaris throughout North America. This allowed the larger EC community to live and work together directly in the urban environment. The EC Media Van became the mobile office when working on day-trips, or when visiting collaborative artists such as Ant Farm in San Francisco.

There is always movement, even in stillness. Things around us are constantly changing in tiny ways that we don’t notice, eventually building up to growth and death. In “Confluence,” a new film by director Noah Shulman, viewers look beyond what the human eye is capable of seeing to experience those moments in between the transformations that we perceive.  Noah Shulman shot an array of processes both natural and mechanical at incredibly close range and in a controlled environment, allowing to isolate the micro-movements that constantly occur around us in a nearly balletic way. The film includes extreme close-ups of everything from magnetic to chemical and heat reactions, but it’s up to the viewer to extrapolate out from what they can see to imagine the larger view that they can’t.  Created with specialty macro lenses and microscopes and shot in 4K resolution, the film reveals hauntingly beautiful movement at the microscopic level and reminds viewers that everything around them is in flux, even when the surface is calm. Tiny movements compound upon each other to create perceptible change. The film is part of Mental Fabrications, an installation by architect Ion Popian that aims to map the mind’s mental landscape through electroencephalogram (EEG) and 3D printing. To do that, “Confluence” seeks to stimulate particular brain activities and reactions. 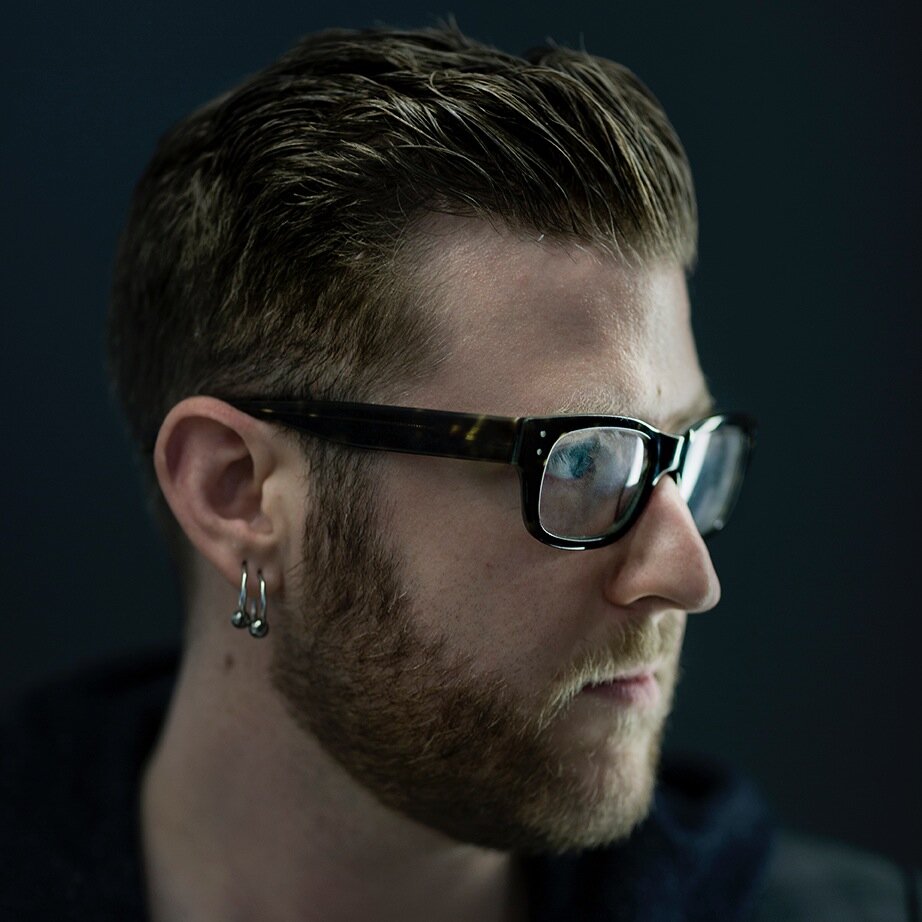 Noah Shulman is a New York City born artist and creative filmmaker. He has a BFA in Film, Video and New Media from The School of the Art Institute of Chicago. He has worked with commercial clients as diverse as Vox Media, Nike, Ford, Vogue, Coach and Samsung and has won several awards for his work including a Digiday Video Award for Best Video Ad.
Noah’s musical roots give him a unique sense of rhythm which he applies to his creative process. He is passionate about short form storytelling, native advertising and experimenting with innovative ways to create and deliver video content in the ever-changing digital space.

In Enaction#2, a material form, a plasma is producing its own world through the perception of the movements of its own mass within an environment. The material form is created using the Plasmaprometeo, a plasma generator of borealis aurora (project carried out in collaboration with the dept. of physics, university of Milan – Bicocca- Italy). The element that relates the material form and the environment is light. Matter questions the environment by specifying it both as an emitter space/receiver of light as sound. The enactive approach is represented visually through the connections between sensory and motor systems of the two co-agents: material form and light with all their mutation forms (deflection, refraction, speed variation and chromatic induction). The spectator, as the third agent, contributes to the production of one of many cognitive possible worlds. Enaction#2 seeks to stimulate the spectator to awake his vital and structural history based on the light/color binomial. Each material shape shown in the video is the result of the shooting of existing organisms and environments. No form was created digitally. In second video of the Enaction Trilogy, dedicated to the light, the sound insists on the pulsation and the intimate rhythm of the luminous phenomena which can be both perceptible (wavelike–percussive and tonal sound) or non perceptible (the sound is perceived as continuous). 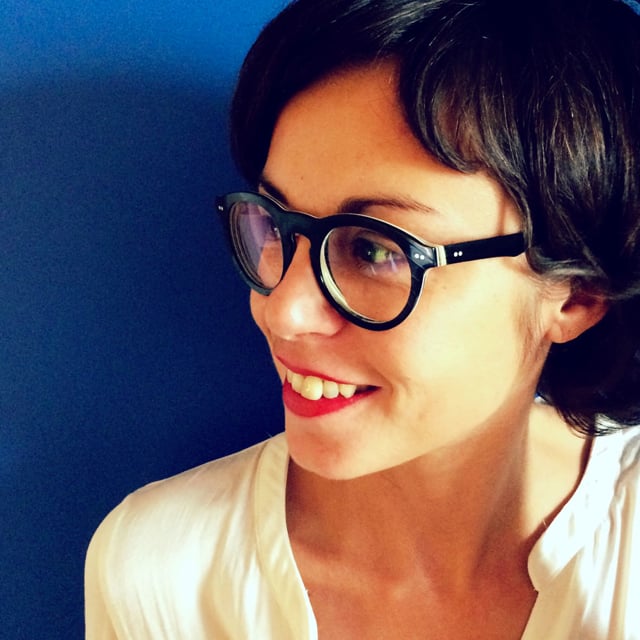 Carlotta Piccinini (1979) is an Italian documentary filmmaker, author and video artist since 2008. She has always worked in a transversal way, moving from creative documentary, video art, interactive art up to her recent experiences in the field of fiction. She directed documentaries, experimental movies, fiction movie, music video, social advertising and commercials and she worked for TV documentary productions as author. Since 2010 she is a member of Elenfant Film, film production company based in Bologna, Italy.