When talking about digital art (art created with technology that’s often intended to be viewed or experienced on screens or projectors), inevitably people use a myriad of different terms. In order to help clarify,  we’ve pulled together a glossary of terms.

Digital art is an artistic work or practice that uses digital technology as an essential part of the creative or presentation process. Today digital art itself is placed under the larger umbrella term new media art.

Video art is an art form which relies on moving pictures in a visual and audio medium. Video art came into existence during the late 1960s and early 1970s as new consumer video technology became available outside corporate broadcasting. Video art can take many forms: recordings that are broadcast; installations viewed in galleries or museums; works streamed online, distributed as video tapes, or DVDs; and performances which may incorporate one or more television sets, video monitors, and projections, displaying ‘live’ or recorded images and sounds. 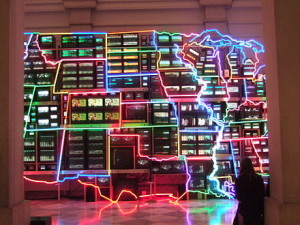 Internet art (often referred to as net art) is a term used to describe a process of making digital artwork made on and distributed by the Internet. This form of art has circumvented the traditional dominance of the gallery and museum system, delivering aesthetic experiences via the Internet. In many cases, the viewer is drawn into some kind of interaction with the work of art. 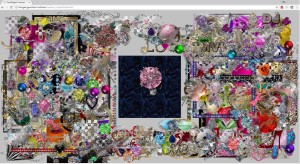 Blingee by Olia Lialina (artist) and Mike Tyka (Co-Founder of the Google Artist and Machine Intelligence Program) for Rhizome’s Seven on Seven ’17.

Software art is a work of art where the creation of software, or concepts from software, play an important role; for example software applications which were created by artists and which were intended as artworks.

Generative art refers to art that in whole or in part has been created with the use of an autonomous system. An autonomous system in this context is generally one that is non-human and can independently determine features of an artwork that would otherwise require decisions made directly by the artist.

Algorithmic art, also known as computer-generated art, is a subset of generative art (generated by an autonomous system) and is related to systems art (influenced by systems theory).  For a work of art to be considered algorithmic art, its creation must include a process based on an algorithm devised by the artist. Here, an algorithm is simply a detailed recipe for the design and possibly execution of an artwork, which may include computer code, functions, expressions, or other input which ultimately determines the form the art will take. 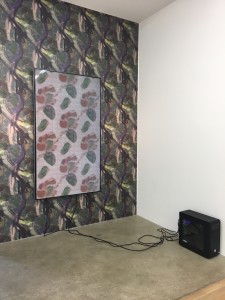 Video game art is a specialized form of computer art employing video games as the artistic medium. Video game art often involves the use of patched or modified video games or the repurposing of existing games or game structures, however it relies on a broader range of artistic techniques and outcomes than artistic modification and it may also include painting, sculpture, appropriation, in-game intervention and performance, sampling, etc. 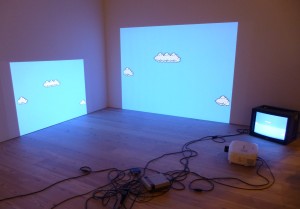 Super Mario Clouds by Corey Arcangel as seen at the Whitney

Glitch art is the practice of using digital or analog errors for aesthetic purposes by either corrupting digital data or physically manipulating electronic devices.  In a technical sense, a glitch is the unexpected result of a malfunction, especially occurring in software, video games, images, videos, audio, and other digital artefacts. 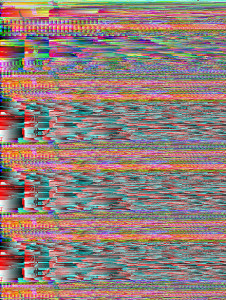 Fractal art is a form of algorithmic art created by calculating fractal objects and representing the calculation results as still images, animations, and media. Fractal art developed from the mid-1980s onwards. It is a genre of computer art and digital art which are part of new media art. The mathematical beauty of fractals lies at the intersection of generative art and computer art. They combine to produce a type of abstract art. 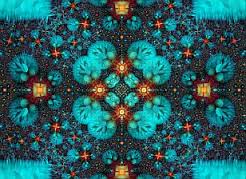 Computer art is any art in which computers play a role in production or display of the artwork. Such art can be an image, sound, animation, video, CD-ROM, DVD-ROM, video game, website, algorithm, performance or gallery installation.

Multi-media art uses a combination of different content  forms such as text, audio, images, animations, video and interactive content. Multimedia can be recorded and played, displayed, interacted with or accessed by information content processing devices, such as computerized and electronic devices, but can also be part of a live performance.